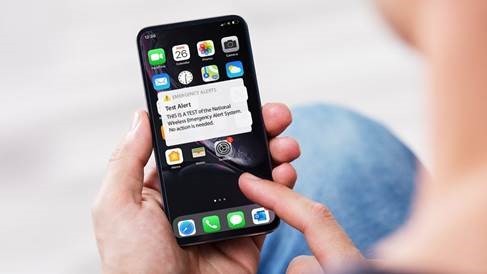 FEMA, in coordination with the Federal Communications Commission, will conduct a nationwide test of the Emergency Alert System (EAS) and Wireless Emergency Alerts (WEA) this summer.

The national test will consist of two portions, testing WEA and EAS capabilities. Both tests will begin at 1:20 p.m. CDT on Wednesday, Aug. 11.

The Wireless Emergency Alert portion of the test will be directed only to consumer cell phones where the subscriber has opted-in to receive test messages. This will be the second nationwide WEA test, but the first nationwide WEA test on a consumer opt-in basis. The test message will display in either English or in Spanish, depending on the language settings of the wireless handset.

For consumers who have opted in to receive WEA test messages, the message that appears on their phones will read: “THIS IS A TEST of the National Wireless Emergency Alert System. No action is needed.” Opt-in phones with the main menu set to Spanish will display: “ESTA ES UNA PRUEBA del Sistema Nacional de Alerta de Emergencia. No se necesita acción.”

The Emergency Alert System portion of the test will be sent to radios and televisions. This will be the sixth nationwide EAS test.

The purpose of the Aug. 11 test is to ensure that the EAS and WEA systems continue to be effective means of warning the public about emergencies, particularly those on the national level. Periodic testing of public alert and warning systems helps to assess the operational readiness of alerting infrastructure and to identify any needed technological and administrative improvements.