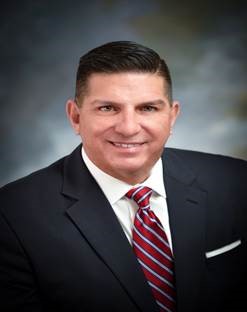 Thomas Munoz was named Director for the City of Houston’s Office of Emergency Management in August 2021. In his role as the city’s Emergency Management Coordinator, Munoz oversees the emergency management program for the nation’s fourth-largest city, which includes the coordination of disaster mitigation, planning, response, and recovery. Thomas Munoz joins the City of Houston with over 26 years of first responder and emergency management experience.

Before assuming his current role, Thomas Munoz served as the Emergency Manager and Homeland Security Director for Texas City. He was responsible for all its citizens’ safety and establishing a crisis communication plan with local industry. Tom also responded to the Santa Fe ISD shootings, where Munoz served as a Liaison and Logistics Section Chief during this incident. He has testified in front of the Senate Select Committee and the House of Representatives on Violence in Schools and School Security.

Thomas Munoz experience includes a 24-year tenure as a member of the Houston Fire Department, in which he rose to the rank of Assistant Chief of Homeland Security and Planning. His duties included planning for major city events, including the NCAA Finals, Presidential and Dignitary Visits, the Houston Marathon, and the Olympics Marathon Trials. He was also the Human Relations Chairperson for the International Fire Chiefs Association.

Tom is currently working on his Doctorates in Strategic Communication. He also holds a Master’s degree in Emergency Management and a Master’s degree in Homeland Security from American Military University. He received his BA in Political Science from the University of Houston. Tom completed the Executive Leadership and Management Certification from the University of Notre Dame Mendoza School of Business and is a graduate of the Homeland Security Executive Leadership Program from the Naval Postgraduate School. He also successfully completed the Component National Security Course at the National Defense University in Washington, DC.